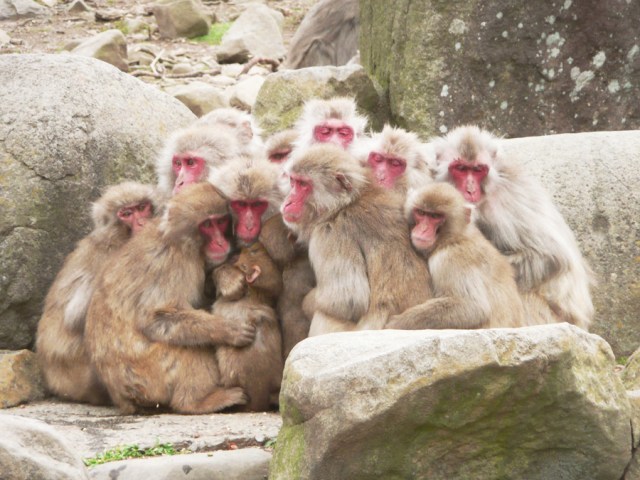 In the Chubu region of Japan, and bordering the prefectures of Ishikawa, Gifu, Shiga and Kyoto, lies a relatively less-populous prefecture called Fukui. Located along the Sea of Japan coastline, Fukui Prefecture was once home to the powerful Matsudaira samurai clan, but these days it’s more famous for dinosaur fossils, papermaking, and specialties like seafood, soba, and koshihikari rice.

Oh, and a group of women who call themselves “Monkey Busters“.

This trio of primate-busting retirees made national headlines this week, after their plight to save crops against monkey damage was revealed by local newspaper Fukui Shimbun. 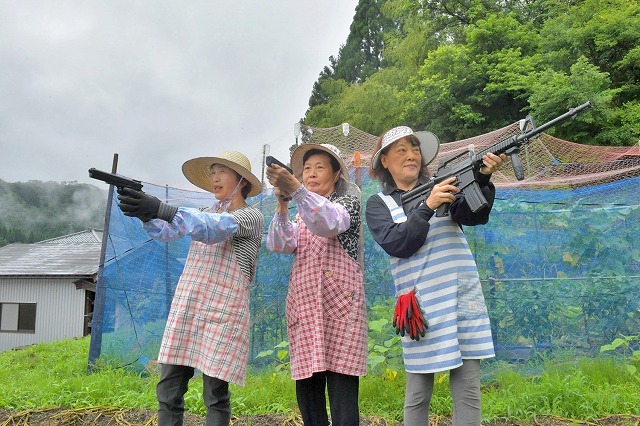 Masako Ishimura (74), Tatsuko Kinoshita (68), and Miyuki Ii (67), pictured in the photo above, live in rural Hikariishi Town and belong to the nearby Miyama district branch of the Japan Agricultural Cooperative. The three women formed the “Monkey Busters” group in May, after attending a class run by the Cooperative in March which showed locals how to repel monkeys.

The local Cooperative says the monkeys originally gathered in a group of about 20, but they’ve since disbanded into about four or five groups, making them harder to ward off. The local group effort led by the Monkey Busters has proven to be effective, though, as the monkeys actually disappeared for a period of time. However, Ishimura says the animals started to reappear in the middle of July, so they won’t be resting on their laurels just yet.

“There are many elderly people living in the Miyama area, and the cultivation of fields is vital for their health and well-being,” says Ishimura. “It’s essential for the area to continue working together as one in the future.”

The diehard resolve of the Monkey Busters to protect not only local crops but local livelihoods has received a lot of praise from the community. And with the monkeys now said to be expanding their habitat into the nearby Ichijodani Asakura Family Historic Ruins, a historical site, and Daihonzan Eiheiji temple, the work of the Monkey Busters appears to have only just begun.

This site uses Akismet to reduce spam. Learn how your comment data is processed.